Report of the Drynet side event: Developing capacities in changing times: NGOs and landusers in combating desertification and coping with climate change

During COP8 in Madrid, on the 5th of September, Drynet organised an innovative side event during the eighth session of the Conference of the Parties (COP) of the United Nations Convention to Combat Desertification (UNCCD). The open, participatory and interactive event brought together a wide array of stakeholders and actors,including national delegates, international donor agencies, scientists and civil society organisations, representing countries from Africa, Asia, Latin America, and Europe. They discussed together the importance of local experiences, traditional knowledge and scientific advances  and innovative means of replicating such experiences were discussed as well as the role of each stakeholder in the process.

The Drynet-partners set the context  by doing two presentations, highlighting the excellent work carried out at grassroots level in Senegal and Pakistan, and the ability to provide sustainable economic income alternatives that help reverse land degradation in dryland areas, increase the food security of local populations, conserve water resources, and stem rural-urban and south-north migration. Consequently, Marco Morretini, representative from the European Union and Christian Mersmann from the Global Mechanism, which both actively finance activities in the fight against desertification and land degradation, underlined the crucial role of civil society organisations in identifying, documenting, and replicating such local initiatives so as to broaden their impact.

After the opening presentations, the event took an unconventional turn by randomly dividing participants in to groups of five to six people, and allowing them to openly discuss their opinions and ideas related to two set questions:

The discussions and debates provided some very refreshing new ideas, and helped break down barriers between the distinct levels of the development process. With respect to the first question, many elements of successful actions were identified as success has many faces. In all cases success should correspond to the needs identified. The concept of ownership was mentioned, highlighting the importance of fully involving local communities, including leaders, women, and younger generations in the project process, rather than implementing a “top down” approach. In this regard, capacity building at the local level was also underlined as crucial so as to guarantee the durability of projects. Furthermore, IT skills were also seen as important, allowing for the effective communication and sharing of ideas, achievements and problems and by the way involving youth using their computer skills. A further element of success outlined was the need for projects to contribute positively to local income levels. In this regard, projects that aim to conserve or rehabilitate dryland areas must be economically attractive to the local communities. Finally, the importance of taking into account local cultural and spiritual beliefs, as well as valorising traditional knowledge, was seen as fundamental if projects are to succeed in the fight against desertification and poverty.

Responses to the second question were similarly interesting. The establishment of a desertification “trust fund” was  discussed by one of the groups, which could operate in a similar way to the Critical Ecosystems Partnership Fund, funnelling funds down to CSOs at the local level in areas affected by desertification. Another discussion focussed on the idea of improving the knowledge sharing process between scientists and local actors, thus improving the combination of scientific knowledge with local, traditional, knowledge. A further suggestion was that CSOs should greatly improve their coordination and structure within the UNCCD process. In this regard, certain country delegates suggested that CSOs organise themselves into subject groups, so as to provide improved inputs to the UNCCD. A final discussion reflected comments regularly made during the UNCCD, suggesting that the convention should link more closely with the United Nations Convention on Climate Change, and that adaptation funds should be facilitated.

The results of this Side Event could prove useful for both policy-makers and local actors, providing new ideas and approaches for sustainable development in dryland regions. It also helps to create a common understanding of what should be done in the combat against desertification. Nevertheless, perhaps the greatest contribution of this event was the refreshing approach that brought actors together in a relaxed and friendly environment, and enabled them to freely discuss some of the most important aspects of desertification and poverty in dryland areas. It is an approach that could be replicated both by the UNCCD and its different committees and by the Civil Society members active in the fight against desertification, but also by other stakeholders like scientists and policymakers. It  will help strengthen relations between these actors and improve end results in the worst affected regions.

So, see you on the road again! 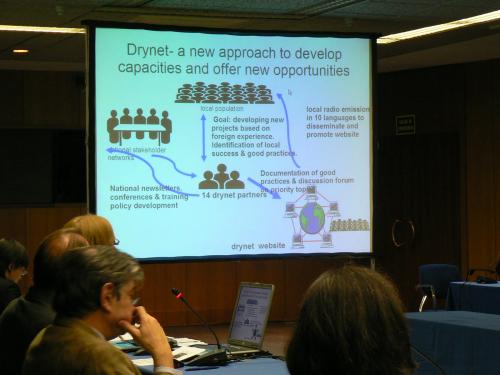 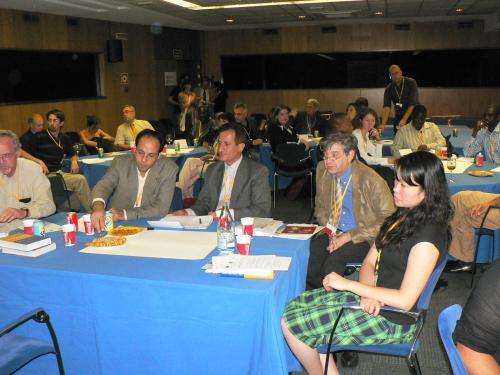