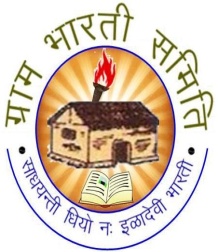 Gram Bharati Samiti (GBS) which means Society for rural development, is a NGO committed to establish a society based on humanitarian, democratic values and ecologically balanced habitat. It is based in the Rajasthan state of India that consists 60% of whole of the desert of the country with scanty rainfall as low as 313 mm in the western and 675 mm in the Eastern part of the state. GBS’s main focus has been on developing wastelands (uncultivable infertile, undulated barren sandy lands) and improving the quality of life of particularly the poor people of backward castes of the rural areas. During the past 32 years it has implemented several wasteland development projects including the following activities:

Being a founding member and vice president of RIOD India GBS have been associated with UNCCD since its inception. The organisation has organized training workshops for 110 NGOs on the implementation of UNCCD in 14 states of India. GBS also served as the NGO observer from Asia Pacific in the Clean Technology Fund Committee of the World Bank for two years.