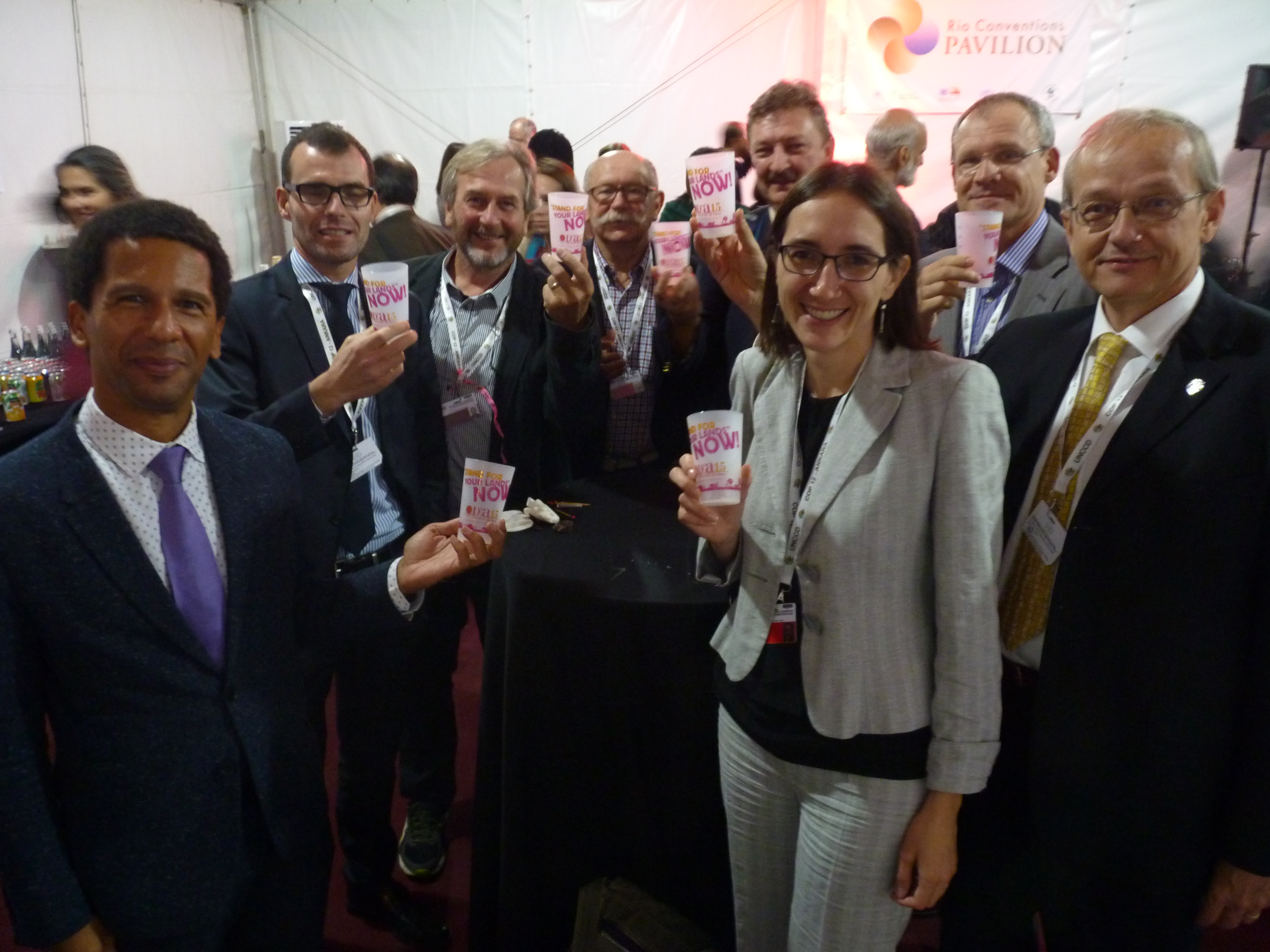 Desertif’actions, an international civil society forum dedicated to addressing issues of land degradation and desertification, was hosted in Montpellier, France between 10 and 13 June 2015.

COP 12 of the United Nations Convention to Combat Desertification, which was held in Ankara during October 2015, served as the ideal platform to share the outcomes of Desertif’actions 2015. An event designed to share the outcomes in a lively and accessible way was organised at the Rio Pavilion at the COP venue by CARI, of France, and hosted by their Executive Director, Patrice Burger.

The event was attended by a wide range of participants from negotiators, to scientists, representatives of international organisations and civil society organizations.  The audience had the opportunity to preview a screening of “Land and climate: time to act!”, a documentary reflecting the civil society debates and events that occurred during Desertif’actions 2015. The screening was followed by interventions related to the Montpellier statement from various delegates present in the audience.

In addition to the documentary, a brochure was distributed that combines key issues with recommendations made by civil society to address land degradation, desertification and climate change. The Montpellier Declaration on Land and Climate was also adopted at the end of the conference and can be downloaded here.

Both the brochure and the documentary are available in English and French: