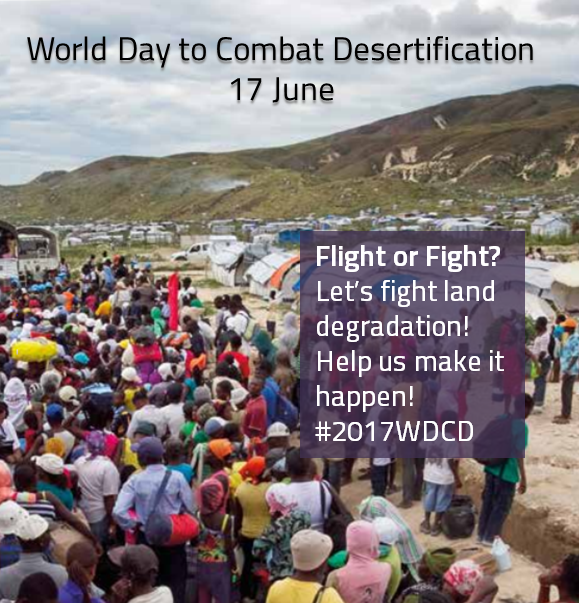 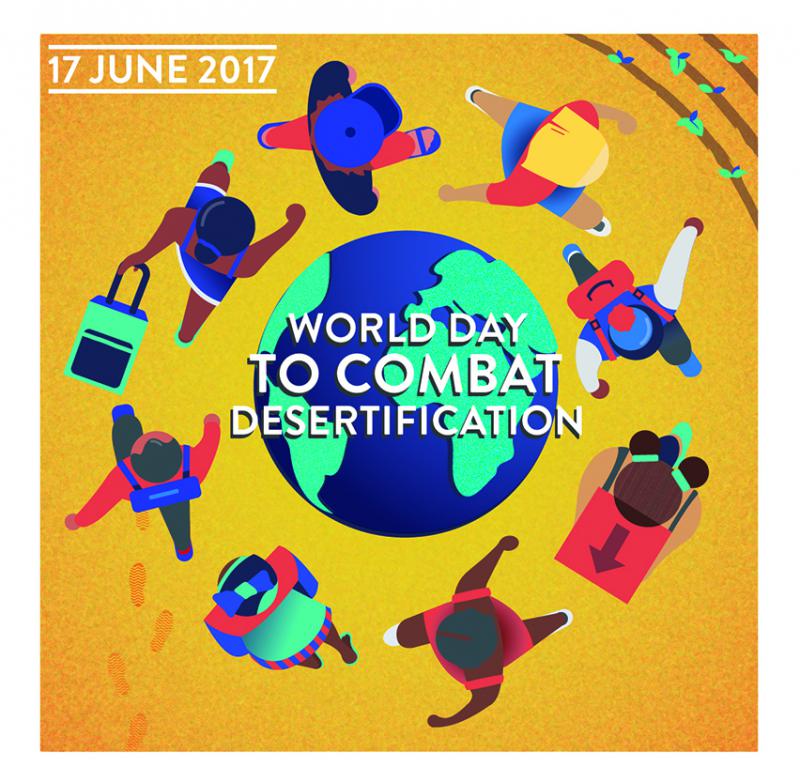 In 1994, the United Nations General Assembly declared 17 June as World Day to Combat Desertification and Drought (WDCD) with the aim of continuously raising public awareness and drawing attention to issues of land degradation and desertification. The day is celebrated every year around the world and countries actively support and hosts outreach events to highlight the importance of sustainable land management.

The Environmental Monitoring Group celebrated the day with farmers in a recovering landscape at the Avontuur Nature Reserve near Nieuwoudtville in the Northern Cape. Around 50 participants, eager to learn about sustainable land management techniques, attended a Farmer’s Day co-hosted with the Heiveld Cooperative. The participants included small-scale rooibos tea farmers from the area who are members of the Cooperative. Image: Workshop participants 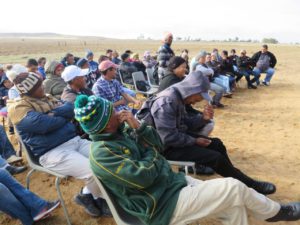 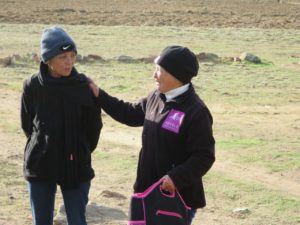 At the start of the workshop, participants were asked to name the natural element that they relate to most strongly, choosing between air, earth, water, and fire, and to explain their choice. One of the participants, Abraham Fortuin explained “Our Father is in heaven and the Earth is where he rests the soles of his feet: I choose Earth because it is where His feet rest”. Participants then shared their rich experience of how best to sustain healthy soils, and what land use practices to avoid. Image: Abraham Fortuin 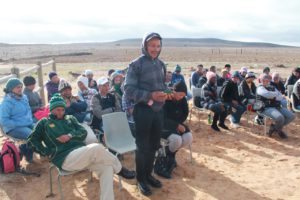 The programme included compost making and the importance of compost in maintaining healthy and productive soils. The two facilitators of this session, Cynthia and Dustin-Lee explained what the ingredients that are needed for good compost, and explained the management of compost heaps through the various stages of maturity, including maintaining aeration and moisture content, preventing overheating and turning the heaps as needed. the stages of compost, healthy animals and the bacteria found in compost. The participants were also able to view compost heaps on Avontuur and organic garlic production. Image: Dustin-Lee and Cynthia facilitating a group activity on compost heaps 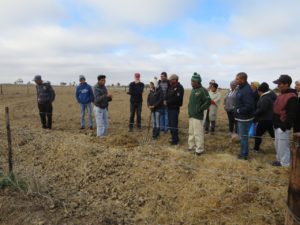 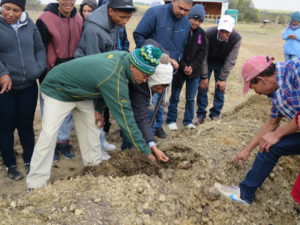 Participants visited a land restoration site where the scars of injudicious ploughing could be seen, resulting in extensive topsoil loss and deep gully erosion. Gullies as deep as 2 metres are being rehabilitated through the use of gabions and check-dams. Bare soil surfaces are treated loosening the soil, introducing organic matter and indigenous seeds, and protecting highly erosive soil surfaces with geotextile that traps moisture and seed, allowing the first stages of restoration to take place. Some of the participants had contributed to the first efforts at restoration on Avontuur, and were delighted to see and share the fruits of their work! Image (right): Responding to the first rains of the season, seedlings of succulent plants establish in silt behind a check dam; (left) Rocks, bushes, geotextile and poles create permeable barriers to hold silt and water 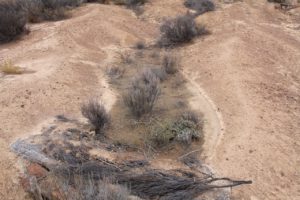 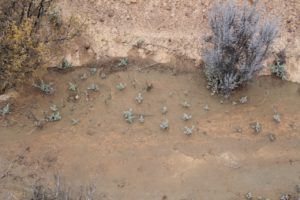 We celebrated with warmth and strong community feeling, despite the cold weather, and everyone gave thanks for the arrival of the very belated winter rains in the previous week. 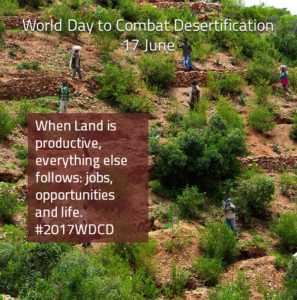 Recognising that South Africa is a signatory to the United Nations Convention to Combat Desertification (UNCCD), the Deputy Minister emphasised that land degradation forms part of the three pillars of sustainable development and that it is important to mitigate the impacts of land degradation in South African communities. The most vulnerable communities are dependent on land for their livelihoods and combined with the impacts of climate change, it has become imperative that sustainable and smart agriculture techniques are applied to restore and minimise the impacts.