Saffron (Crocus sativus L.) which is known as “Turkish Saffron” until the beginning of the 20th century, is one of the oldest and most expensive spices in the world. The project aimed to revive saffron cultivation which was almost forgotten till that time. The project is important in using saffron as a tool to combat desertification, as the saffron plant can be developed as an alternative to irrigation-based cotton monoculture. In order to enhance saffron cultivation in Turkey, the project started in Kuruyer Village, Çütlük field.

Çütlük is located on the Harran Plateau in southeastern Turkey, borders with Syria and Iraq. Harran Plateau was home to different civilizations, empires and cultures from Hittites to the Ottomans. Çütlük is an area that belongs to Kuruyer Village and it is a field ready for cultivation. The climate in Çütlük is semi-arid and the vegetation type is desert-step., The distribution of agricultural production in In Kuruyer and Özlü Villages is %70 cotton, %20 wheat and %10 corn %90 of the agricultural fields in the villages have the irrigation capacity. 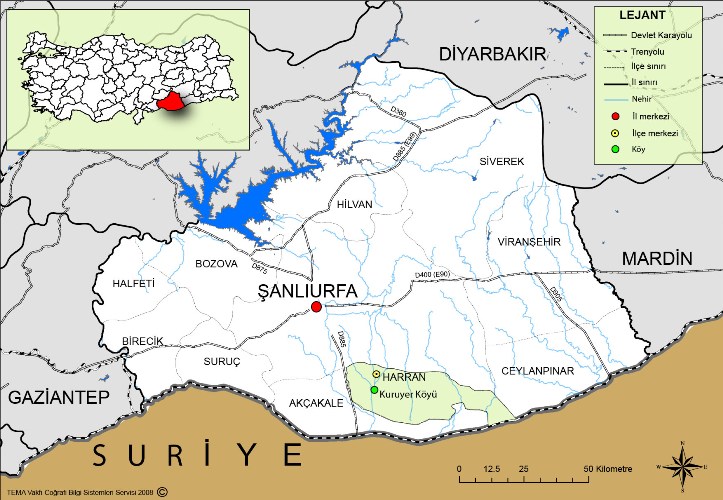 Saffron is a locally growing plant in the Çütlük village. Saffron cultivation requires careful work. The best conditions for saffron agriculture is temperate and tropical weather conditions where the soil is hardpan, a bit sandy and marl. Another importance of saffron is that, Saffron requires only 10% of the water used for cotton; which significantly reduces the soil erosion and prevents mineral nutrient loss,

TEMA Foundation together with Harran University developed the project in order to protect the saffron gene resources and to enhance the research institutes and public organizations to focus their studies on the saffron while improving the income of the villagers by saffron export.

The first Saffron flowers were harvested in October 2003. In 2005, 500 kg. Saffron seed is planted in 2 decares area. After the harvest of the matured saffron plant, 200 gr saffron flower is produced.

The project aimed to;

The main problem shortcoming in saffron agriculture in Turkey is the lack of researches conducted on saffron. People are not well-informed on the benefits of saffron and saffron agriculture. The main strategy in the project is to enhance saffron research and cultivation in Turkey.

Through the GAP (Southeastern Anatolia Irrigation Project) irrigation facilities increased in Harran plateu and based on this increase, cotton agriculture became widespread in the region. Cotton needs to be irrigated 7-8 times a year and because of the climate of the region, there is high vaporization which causes salinization, and the loss of labile minerals such as N (NO3+ NO4), P and S is increased by leaching. In order to avoid this, there is the necessity to produce other products which requires less water and have more economical value. Hence, saffron cultivation arised as an alternative to mono-culture cotton agriculture and the original gene resources of saffron were protected and saffron agriculture was enhanced through the project.

As the cotton is irrigated through the irrigation channels coming from the dams of GAP, mainly surface irrigation systems are used. However, as the salinization is an increasing threat for the soils and the government increased incentives on rainwaster harvesting, this method is also being used in the region. 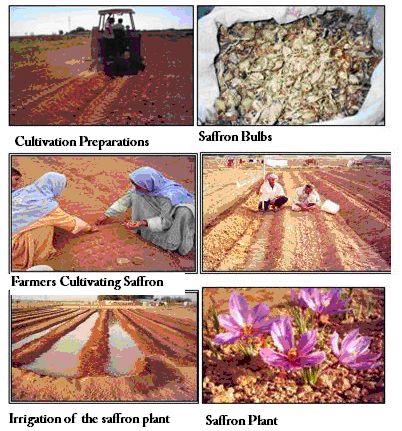 By the project, farmers are well-informed about saffron agriculture techniques and gained the capacity to continue saffron cultivation in the future.