The Southern Altiplano of Bolivia is one of the world’s harshest environments. Situated at over 3.500 metres above sea level, with a cold a dry climate, it is one of Bolivia’s desertification hotspots, with high levels of land degradation and poverty. At the same time, the region has a rich biodiversity, and is home to the Quinoa real, an Andean crop of great nutritional value that has formed the cornerstone of Andean diets for thousands of years. In recent years, Quinoa’s popularity has mushroomed globally, leading to a rapid increase in market prices, and as a result, a large-scale expansion of production zones.

The quinoa expansion in the region is contributing to an acceleration of land degradation in the region, leading to abandoned, desertified lands, which in many cases, have been irreversibly damaged. One of the main problems is the large-scale deforestation of the native shrub thola, to clear space for quinoa fields. Faced by this situation, local entities, including universities, farmers’ organisations and support organisations, have begun implementing reforestation programmes, encouraging farmers to establish windbreaks between their fields. This success story highlights the investigations carried out by the Technical University of Oruro (UTO), who have established a methodology for the large-scale reproduction and planting of thola in the southern Altiplano. 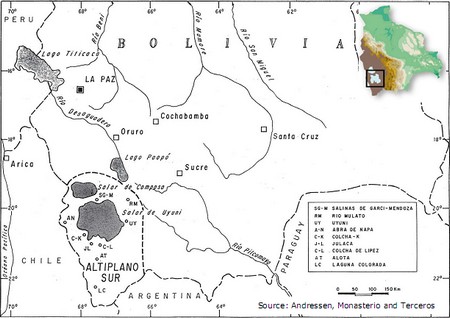 Map of the Southern Altiplano – Bolivia

The experience is being developed in the Southern Altiplano region in Bolivia, in the Departments of Oruro and Potosí. The southern Altiplano is an extreme environment in every way. Large salt lakes, volcanoes, and a severe climate are characteristic of this desertification hot spot in Bolivia. The region is found in the southwest of Bolivia, flanked on the east by the Cordillera Oriental, on the west by the Cordillera Occidental and the Chilean border, to the north by the central Altiplano, and to the south by the Argentine border.

It has a surface area of 75,000 km2, and an average altitude of over 3,600 metres above sea level. Despite being located within the tropics, it is a naturally dry and cold area, with an average annual rainfall below 200 mm, and an average temperature of 0,2 ºC (in the extreme south) to 9 ºC (in the north). However, the area has a very rich biodiversity, including many species that are adapted to the extreme conditions, such as the vicuña, the Andean flamingo, and the thola. Thola(Parastrephia lepidophylla) is a native shrub, that is found from 3,700-5,000 metres above sea level. It is a species that covers much of the southern Altiplano plain, protecting the soils from the erosive winds that are common in the region. 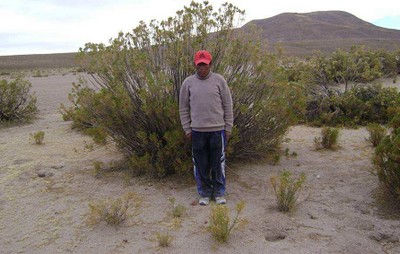 Despite its rich biodiversity, it is an area highly susceptible to desertification processes, caused mainly by human activities within the region. In a recent study carried out by Andressen, Monasterio and Terceros (2007), the following desertification indicators were identified in the area:
– Continuous degradation of local vegetation
– Hydraulic and wind erosion
– Dune formation
– Reduction in the level of subsoil water levels
– Soil salinisation
– Reduction in the biological productivity of soil
– Reduction in crop yields
– Harder living conditions

One of the main factors behind these desertification processes, is the change in the agricultural model of the region. Despite the harsh conditions, the southern Altiplano is a traditionally productive agricultural region. For centuries, the local population has harvested quinoa and broad beans, and has kept livestock such as the llama and alpaca, practicing a sustainable and diversified production system, that combined crop harvesting on the hill-sides, and livestock herding on the plains. Central to this system was the rotation of production areas, allowing plots to rest (fallow land) for four years after being harvested. However, the agricultural mechanisation process that began in the sixties, and the growing world demand for the regions star crop – quinoa – that began to accelerate in the nineties, have caused drastic changes in the traditional system.

quinoa to move down from the hill-sides, where it was grown in small plots, to the plains, where the production area has been able to expand rapidly. This expansion has resulted in the opening up of new land, through the elimination of natural vegetation cover (tholares), and leavs the soil more exposed and vulnerable to wind erosion. Furthermore, the growth ofquinoa, in a model of monoculture (as it is the only viable cash crop in the region) has resulted in the appearance of crop pests, which in turn, has led to the introduction of agrochemicals in this fragile ecosystem. On the other hand, the high international market price for quinoa is leading farmers to produce quinoa on the same plot year after year. Today, the rest time has fallen to just one or two years, which is an insufficient period for the soil to recover its nutrient levels and fertility. As a result, farmers are abandoning degraded land, leaving them bare of vegetation and exposed to wind erosion.

Another impact of quinoa farming, is that it has lead to a decrease in livestock farming in the region, as their grazing land has been converted to cropland, as a result of the economic preference given to quinoa. The impact of this reduction is that the soil, which already has characteristically low levels of organic material, receives less and less contributions to the recovery of organic material, through the incorporation of livestock manure.

Faced with the situation of rapid quinoa expansion in the Altiplano plains, and with an accelerated degradation of soil and natural resources in the region, several local institutions, in coordination with local farmers, have targeted a programme of reforestation with thola, as a means of protecting and recovering degraded soils. In this regard, the Technical University of Oruro (UTO) has carried out an investigation into the mass reproduction of thola, and into the best means of transplanting the plant, with three main objectives:

Additionally, support institutions, and farmers’ organisations have developed reforestation and wind break planting programmes using thola, in the fields of the quinoa farmers. 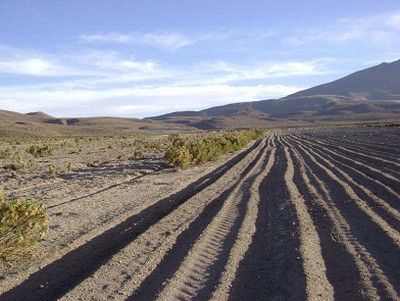 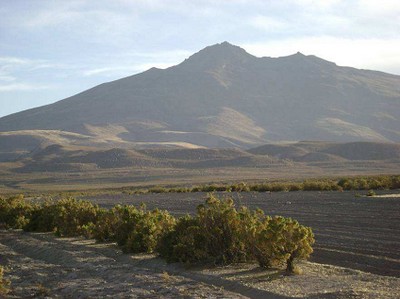 Key Actors:
Technical University of Oruro (UTO) – Faculty of Agricultural, Livestock and Veterinary Sciences: Implementation of an investigation about the reproduction methods of thola, and planting methods in field.

PROQUIOR: programme to support the ecological production of quinoa, run by the Prefecture of Oruro

CADEQUIR y CADEPQUIOR: Departmental Chambers of Quinoa Farmers from Potosí and Oruro, that encourage their members to establish windbreaks in their fields.

The investigation carried out by UTO has managed to develop a tested methodology to mass produce tholas in the southern Altiplano in Bolivia. Firstly, they have established that the best period for seed recollection in tholas is during October and November, when the plant is in its production and seed dissemination phase. Further, they established that the best substratum for reproducing thola is a combination of local soil and compost, which resulted in the fastest growing and biggest seedlings, with the most leaves, and longest roots. Furthermore, this method produced the most plants (4,500 plants in 7,5 m3). Finally, they showed that the best method for transplanting the thola in the field is to plant it in channels. This method achieved an 80% success rate.

The methodology developed by UTO is extremely useful for farmers who decide to establish windbreaks with thola in their fields, and for support institutions that can up-scale the process. It is easy, and highly transferable, given that it does not require significant investment – it is based on the use of wild seeds, collected from local plants in each zone, and it uses local soil for the reproduction process (with the incorporation of compost).

In fact, farmers and support institutions have already begun to establish thola windbreaks across the southern Altiplano. In this way, they are already combating desertification in the area, through the implementation of a local technology, which combines the conservation of a native species with soil conservation, and reduces the erosive impact of wind.

The sustainability of this experience depends on the success of the windbreaks that have already been established. We don’t yet know the full effects of these windbreaks for the farmers (such as yield increases). If the windbreaks contribute significantly to the productivity of quinoa and the farmers see them as an initiative to both increase productivity, and, fundamentally mitigate the desertification of their soils, as is expected, and not as something the reduces their production area, they will have a greater chance of success. This will also depend on the ease of implementation of the windbreaks, both in time needed, and the level of investment. The cost of implementation of the windbreaks is not yet known. It will be important to establish whether the farmers will be able to cover these costs (greater sustainability), or whether they will always depend on external support (less sustainability).

The experience is highly transferable to other areas of the Altiplano, where quinoa is produced and which have similar ecosystems and vegetation (Peru, Chile, Argentina). The methodology used to define the large-scale reproduction methods for a native plant, with the aim of reforestation, is also transferable to any ecosystem, and for any crop.