Assessment of the Current Situation, Increasing Public Awareness, Developing a Local Environmental Action Plan in the Okmotu aul of the Ak-Derbent region, Kyrgyzstan (30/11/06 – 30/06/07)

The objective was to assess land use problems of the Ak-Debrnet Okmotu aul located in the Chui valley (North from Bishkek) that is in the Alamudunskyi region, Chui Region, Republic of Kyrgyzstan. Land use problems are caused by inefficient management of natural resources. This region is an agricultural valley of the Chu Oblast focused on agricultural crops and cattle breeding. Due to poor land management the region faces further desertification and overall natural resource degradation.

Based on the interviews, as well as workshops and discussions with the public and local authorities the problems related to the environmental conditions in the Okmotu aul were identified. Thereafter a Local Environmental Action Plan was developed with the objective to increase local stakeholder involvement and general natural resource management awareness. 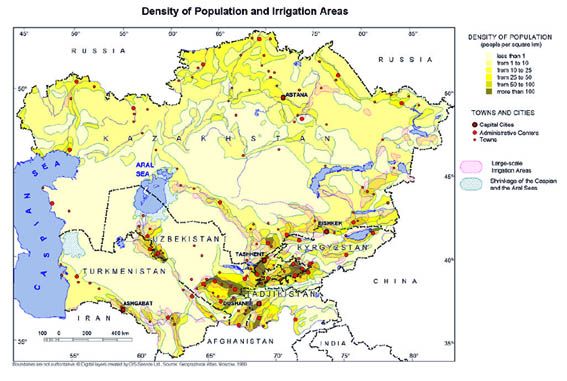 Central Asia has rich renewable resources which may raise living standards of the population in the region, especially in the mountainous region. Yet today natural resources in Central Asia are being used uneconomically and ineffectively, and the system of management of natural resources is still weak. Over-consumption of water and intensive commodity agricultural crops degrades land resulting in extreme soil salinization.

The inefficient operation of irrigation systems and absence of water saving technologies create huge losses of water supplies. In addition, the region still has problems with rational forest exploitation and land use. The main crops are cereals (wheat, barley, corn, and oats). Potatoes, cabbage, tomatoes are grown on private farms. Villagers have on average 0.9 hectares of private property per capita. They also keep cattle, sheep and small stock of cows, feeding them on the available areas.

At the present time 79 land titles are registered in the Okmotu aul and there are 260 land owners. A large portion of the area is used for agriculture and industrial production. With the disintegration of collective farms and state land farms, the property and facilities of these farms were divided among the members of households. Part of the land and property used by Okmotu aul is paid from a share of the income to owners of these holdings.

Only a small portion of the population has had an opportunity to access land rights; they separate the holdings, process, and/or lease them. This fragmentation of land access and ownership has created problems with control and service systems. The irrigational systems, homes once built for the members of the households, enterprises taking place, systems of heating, and water provision services have completely become worthless.

The territory suffers from inadequate land management. Non-authorized garbage dumps have appeared. In turn, old dumps are excavated for the collection of metal that results in increasing of the landfills. There is no protection of forest belts, fields planting, roads, and reservoirs. Unmanaged grazing leads to land degradation of the lands around the villages. All this has a negative effect on a condition of the lands, reservoirs, their use and condition of the environment as a whole.

This local environmental action plan was based on interviews, workshops, and discussions with the public and local authorities. Thus, the primary strategy was to first engage local stakeholders in order to fully understand the situational analysis. Also, due to the local nature of the project, involving local stakeholders was essential.

The “Local Environmental Action Plan” was developed via joint efforts which are directed at improving the current environmental situation. The targets that would eliminate or significantly reduce existing threats were identified by a priority process with indicators. Specification of the funds for financing were based on availability and amount of time.

We consider it is to be an achievement that people attempted to resolve some of the environmental problems together, to talk about them at meetings, discuss the reasons and offer solutions to such problems related to the environmental conditions. The population has realized that the given problems and solutions are possible only with their involvement.

The Local Environmental Action Plan will make their assistance possible as well as to attract attention from both local authorities, NGOs, and the international community for potential funding and further assistance. The population learned that such plans have already been developed and successfully implemented in Kyrgyzstan as well as all over the world. The population also developed interest in such procedures of local plans and became confident that they could be involved with influence.