When the Council of Ministers decided to change the character of the enterprise into a Culture and Tourism Protection and Development Center the Tarım İş Union and Union of Chambers of Turkish Engineers and Architects as well as the Chamber of Agriculture appealed to the court for the reversal of the case as intervening parties and TEMA Foundation also prompted to intervene in the case. TEMA, as a NGO is accepted as intervening party in the case and this has shown the power of a NGO in soil protection as being accepted in the case.

The case resulted in the annulment of the decision of the cabinet on declaring the Dalaman Enterprise as “Culture and Tourism Protection and Enhancement region”.

Dalaman Agricultural Enterprise was established by the Ottoman Sultan III. Selim as a gift to his mother Mihrişah Sultan. The farm was ruled by Hidiv Abbas Pascha between 1905 and 1928. In the early Republican period, it was governed by the General Directorate of the General Directorate of the Agricultural Enterprises, which was called the General Directorate of the State Breeding Farms in that period. The total area of the enterprise is 34.399 decare and 26.335 decare of the enterprise is culture area with agricultural activities. The total area of the enterprise was 300.000 decare in the past; but within the past years the land has been allocated to be used for different purposes and reached its current size. Since then, high quality, fruitful saplings which are resistant to drought and frost and stallions have been produced.

However, according to the 2004/8328th decision of the Council of Ministers, Dalaman and Ortaca districts of Muğla was announced as the Culture and Tourism Protection and Development Center. 17.963 thousand square meters of this area belongs to Dalaman Enterprise and they are high quality agricultural areas. The project that was intended to be applied by this decision totally rejects the productivity of the soil. According to the decision, it was planned to construct a “City Life Project” complex within the enterprise. Tarım- İş Union General Directorate has brought an action for rescission of the cabinet decision that reclaims the enterprise to be turned into the “Muğla-Dalaman Culture and Tourism Development Center”. Tarım İş Union and Union of Chambers of Turkish Engineers and Architects (TMMOBB) Chamber of Agriculture appealed to the court for the reversal of the case as intervening parties and TEMA Foundation also prompted to intervene in the case. TEMA, as a NGO is accepted as intervening party in the case and this has shown the power of a NGO in soil protection as being accepted in the case. The case resulted in the annulment of the decision of the cabinet on declaring the Dalaman Enterprise as “Culture and Tourism Protection and Enhancement region”. 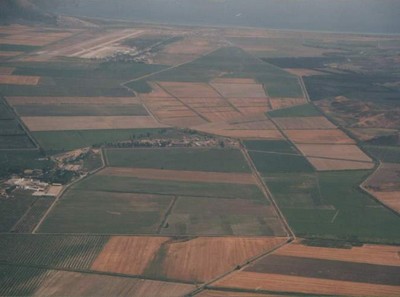 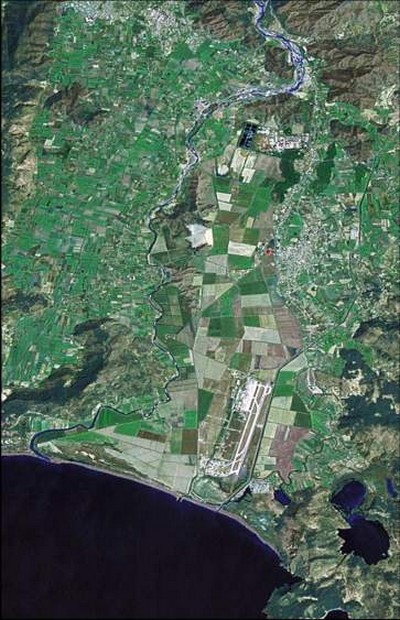 Satellite Photo of the Dalaman District 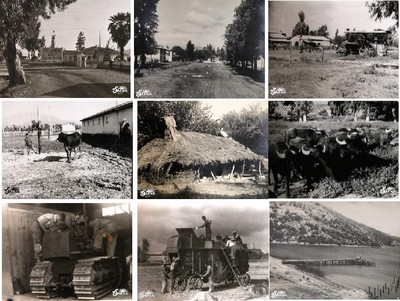 Dalaman savannah has borders in the South East with the Muğla city, in the East with Fethiye, in the West with Marmaris, in the South with Mediterranean Sea and in the North with Köyceğiz. The total area of the enterprise is 34.399 da; and 26.335 da of this areaa culture area with agricultural activities

10.837 da area of the area is field, 8818 da is garden and 6680 da is grazeland. Policulture agriculture activites are carried out within the enterprise and the products are gathered in the harvest 3 times a year. The productivity indicators according to some different products in the world, in Turkey and in Dalaman are shown below.

Due to the high and qualified product range, agricultural and livestock production is very advanced in the region and creates an added value to the regional economy.

The enterprise is unfit for culture and tourism acitivites due to the below reasons:

The cabinet decision has meant the destruction of the agricultural areas by constructing residential facilities and opening them for tourism. Through the project of the cabinet, it was aimed at building an Eco-City and Golf-City in the area instead of gardens where they raise lemon, grapefruit and orange tress. In such a case, it would’t be possible to maintain the citrus gardens in the future, and the biggest citrus enterprise would be lost within 2-3 years. If the decision was applied, beekeeping activites would also dissappear in the region. Dalaman Coast has been nominated as Ramsar area within the National Wetlands Convention. This area also harbours the caretta caretta reproduction regions.

This decision of the cabinet is also against the law, because in the 44th article of the constitution it is indicated the “Conserving and enhancing the productivity of the State Land” is vital and the cabinet decision is conflicting with the statement. This decision which is highly conflicting with the constitution is also not in harmony with the 13th article of the “Soil Protection and Land Use Law”. According to the 13th article of the law, it is stated that “agricultural lands, special product lands and hydro-agriculture lands can not be used out of agricultural production purposes.” So, the use of the 17.963 decares area of the Dalaman Enterprise which has the agricultural land, special product land and hydro-agriculture land features out of agricultural production is against the statue, accordingly against the law. The named article specifies that the land can only be allocated for “strategic needs for defense objectives, natural disasters, oil and natural gas research and management needs, mining for the public benefit” cases unless there is no other alternative. As can be seen, the judgement of cabinet isn’t abided by any article.