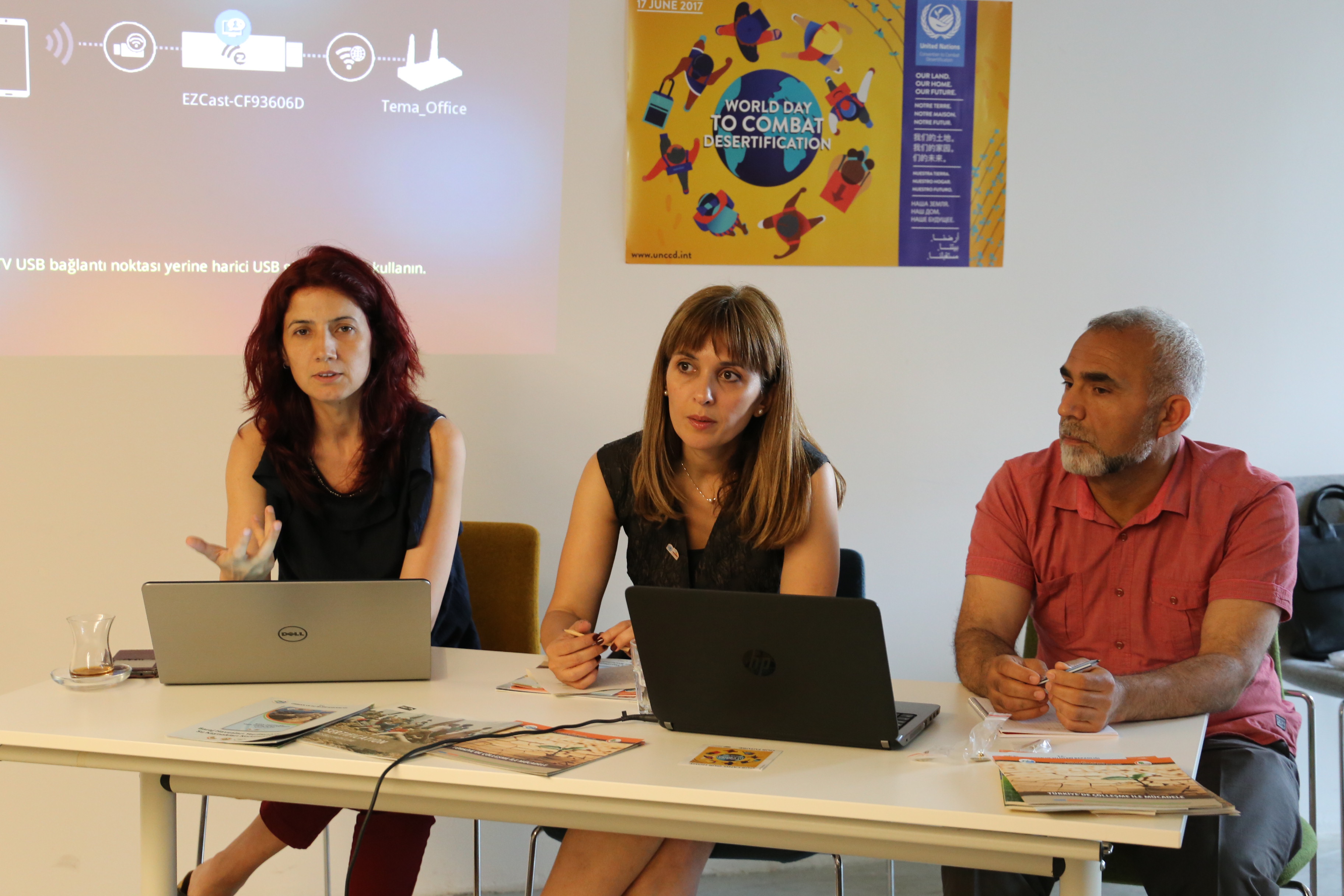 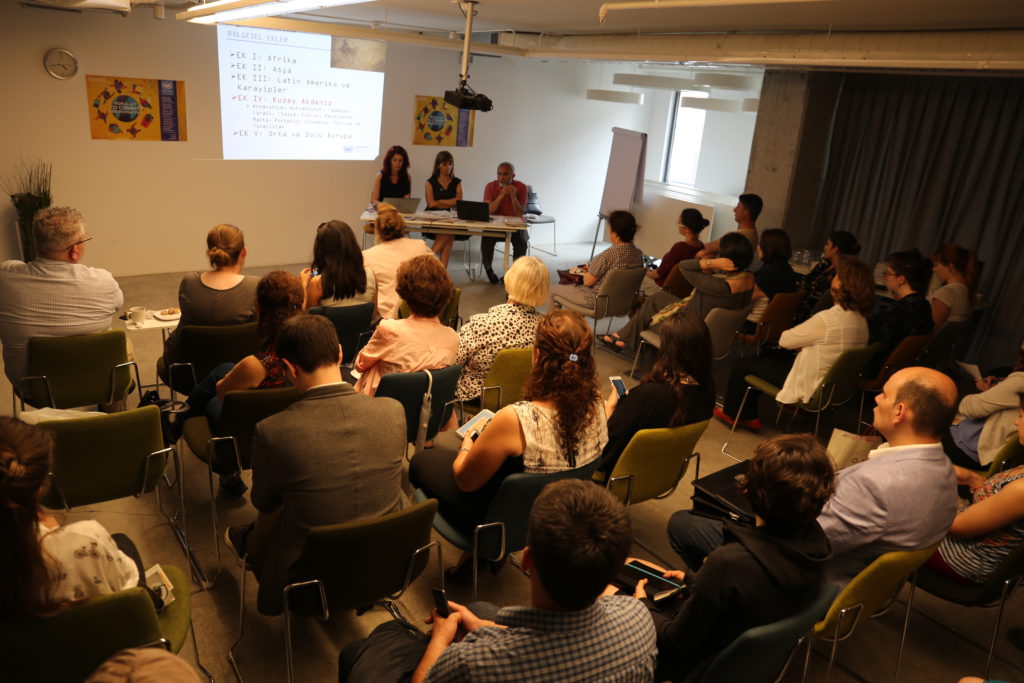 After the moderator’s brief introduction, UNCCD’s 10-minute video titled “The rediscovery of humanity – ecosystem restoration and migration” was screened. The subtitles had earlier been translated into Turkish by TEMA:

The panel discussion kicked off with Erdoğan Özevren’s brief introduction on UNCCD’s and UNCCD Regional Coordination Unit for Northern Mediterranean working areas. Özevren also talked about land degredation neutrality (LDN) and explained the importance of sustainable land management in achieving LDN. Özveren stressed that there is a direct link between poverty and land degradation and drylands covers 41% of the world land mass and 31% of the world’s population.

The second panelist, Ulaş Ayata first focused on the deteriorating situation of migration across the world. She addressed that studies show that globally one of every 122 people are either refugees, asylum seekers or IDPs. She underlined the fact that 2015 has become the year with the highest number of refugees. Ayata later addressed the linkages between migration and environmental degradation which includes land degradation and climate change related disasters. It is estimated that between 2008 to 2013 around 25 million people have migrated due to environmental problems.

TEMA volunteers and Youth TEMA members were invited to take photos and share with these hashtags:  #2017WDCD #ToprağımızGeleceğimiz (means #OurLandOurFuture)

TEMA translated the 2017 WDCD banners into Turkish (Please find attached). TEMA also added Turkish subtitles to the UNCCD’s 3 minute trailer and 10 minute video of “The rediscovery of humanity – ecosystem restoration and migration” which are available from https://youtu.be/Of2DLXJ8YjA (3′ trailer) and https://youtu.be/ePGcTiqD6aQ (10’minute film).

TEMA started to use the #2017WDCD on Friday simultaneously with the event. The Foundation also participated in the twitter storm on 17 June.